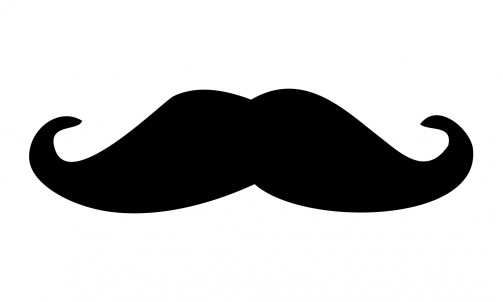 In old London town, Inspector Closet has been called to solve a murder. Lady Lotta Ouaste the third has been found murdered at Ouaste Mansions.

The only clue, a tin of moustache wax dropped at the scene of the crime…

Fortunately Closet is on the case. The roads are closed and the area is sealed. Closet quickly deduces that the murderer has a moustache. He asks the local constabulary to round up everyone with a moustache in the area.

Unfortunately, Ouaste Mansions is in Shoreditch. There are a lot of moustachioed citizens to round up.

Crowds soon start to gather and demand the release of their baristas, web-designers and food bloggers. “Productive” work has ground to a halt. Chaos ensues. The moustached many have to be released.

Later that day Closet receives information from Lady Ouaste’s lawyer. She changed her will only the day before, bequeathing everything to her young lover, a conceptual artist and erstwhile entrepreneur Holden Roman. A man with previous convictions for violence and a significant craft beer habit. A man who was being chased by some pretty serious VCs for the money he owed them.

Outside of the front door to Roman’s work/live space, Closet hears a suspicious buzzing sound. He kicks down the door and breaks in. He’s just in the nick of time as he catches the guilty man in the act of shaving off his moustache…

Another case solved by the great detective. Closet can go back to his Sudoku.

The moral of the story?

Do you understand the difference between screening and testing, and why it is vital to your value proposition? Let us know in the comments below.